Earlier this year Jöttnar's Tim Howell visited Kenya and BASE jumped from the country's highest mountain.  Accompanied by fiancée Ewa Kalisiewicz and friend Jack Atkinson, read his account of friendship and adventure in this beautiful and eerie landscape.  Short film at the end.

Soles from boots littered the trail, left behind during thousands of previous ascents of Mount Kenya by local guides. Anderson told us he had lost count of how many times he had made this ascent, and it reminded me to donate my boots to him after this trip. We hiked on the trail to a ridgeline of dense shrubs, then upwards into the grassland that lay at higher elevations. My fatigue told me I was at altitude yet the landscape did not. Not compared to the scenes of the Mont Blanc Massif I am used to. Instead it was a dry eerie landscape haunted by twisted rock and draping moss.

Katabatic winds drew the clouds through the gorge on our left. It shrouded huge rock pinnacles, but every now and again gave us a fleeting view of the lakes below. We had travelled from 1200m and were now well above 4000m. It was a different type of fatigue; not ready to sleep but exhausted by the physical demands of 30% less oxygen. 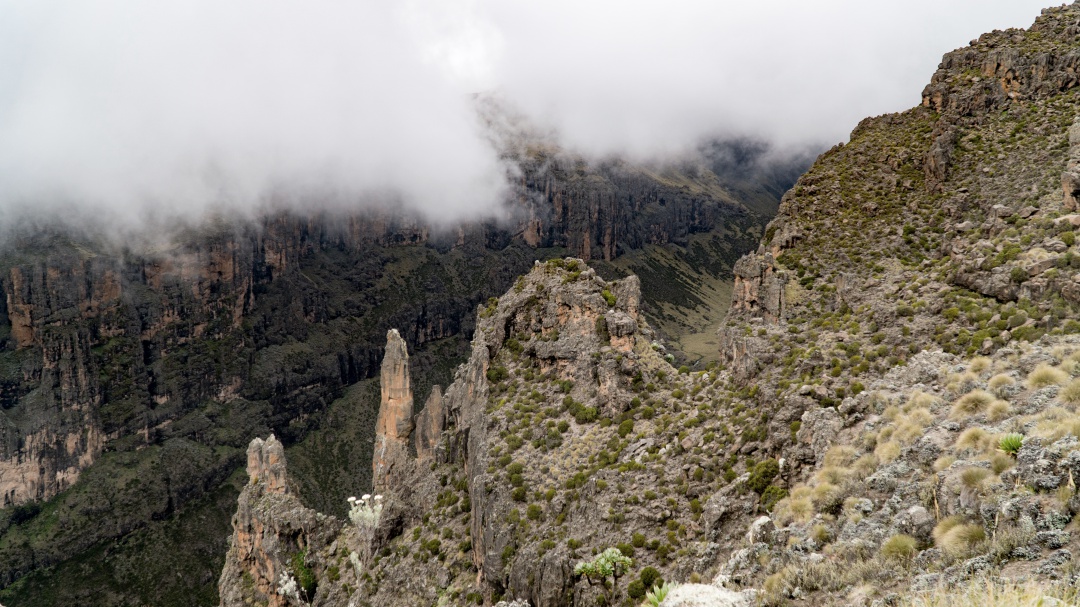 The huge succulents would catch my attention out of the corner of one eye, playing tricks on me in my tired state. It was like a stranger on the mountain, judging our progress. We continued at a steady pace. Neither Jack nor Ewa had never been to such altitude before, but we knew to look for the signs of altitude sickness. In front of us was Minto’s hut, a dilapidated tin shell used by the porters. Instead the surrounding area would be our base camp for the night. I got a sudden burst of motivation and energy to run across the boulders towards the edges of the cliff. A single photo of these cliffs was the reason we were here. We passed beautiful lakes, sunbirds and dassies. I Peered over the edge and looked down to Lake Michaelson. A huge base camp had been set up hundreds of metres below, serving as another route for the Lenana summit. I was hoping that tomorrow morning if all went well I would’ve found the quick way down. 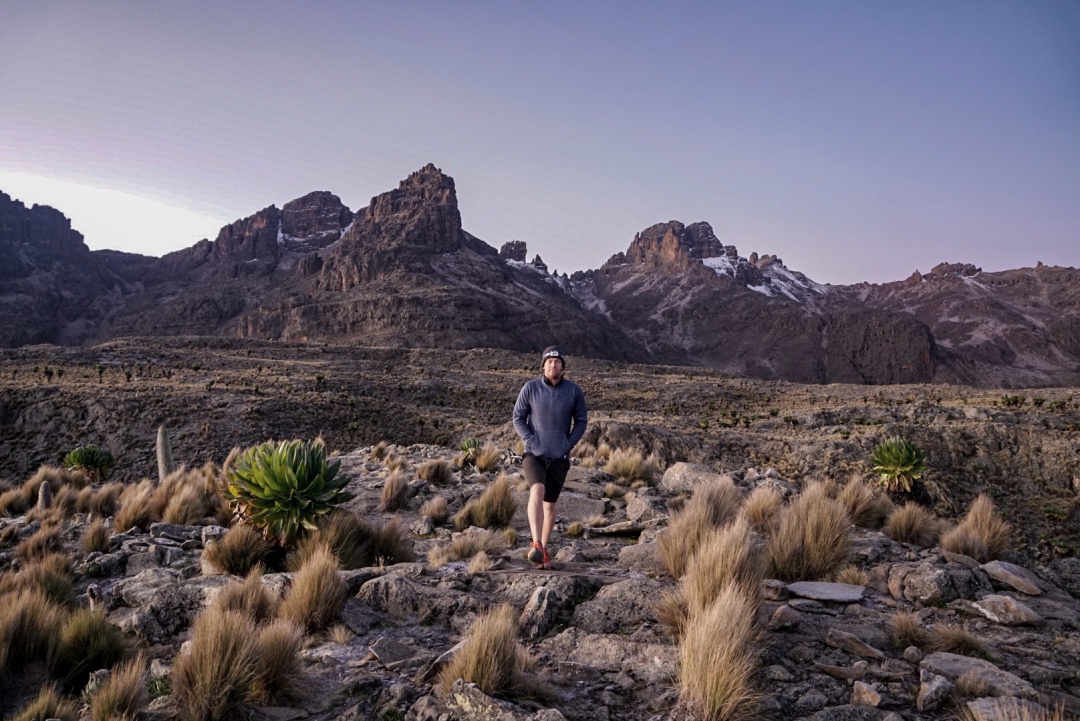 That night I told Anderson that I was going to fly down and meet him back on the trail of Lake Michaelson. He was a quiet character and I couldn’t judge how he would react to one of his clients jumping off a cliff. I had kept the information as minimal as possible and he was unsure why I wanted to see the cliffs around the lake so much instead of making a summit attempt. With a bewildered look he asked where my wings where, and I pointed to my backpack. It was a cold but not unpleasant night. We woke to see frost on the ground and encrusting our tent, but our sleeping bags kept us warm. 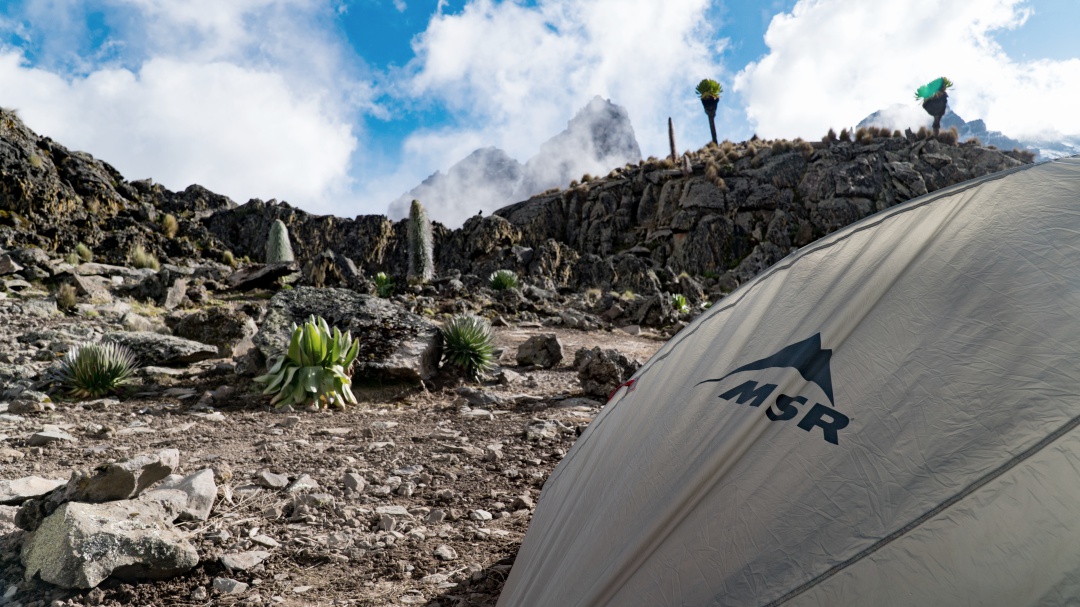 Intuition guided me back to the exact same spot from the day before, looking down to the large tents. First stirs of life came from the camp as they went about their morning routine. The sun peeked over the walls in front of me, shining on the inky black lake. Behind me I could see a silhouette of a giant succulent, or possibly Anderson, inquisitive about my wings. I couldn’t see directly over the edge of the cliff but was sure it was vertical, with over 150 metres of clean air. A big push would be necessary from my selected exit point. As always I thanked Jack and Ewa for joining me at the exit. It’s always special to have friends to share these adventures with. I counted down from three, and pushed out, past the point of no return. Past the golden wall now illuminated by the sun, until I was falling into the shadow. Gravity guiding, then instincts controlling - controlling me to pull my pilot chute. My white canopy snapped open in stark contrast to the black lake below. 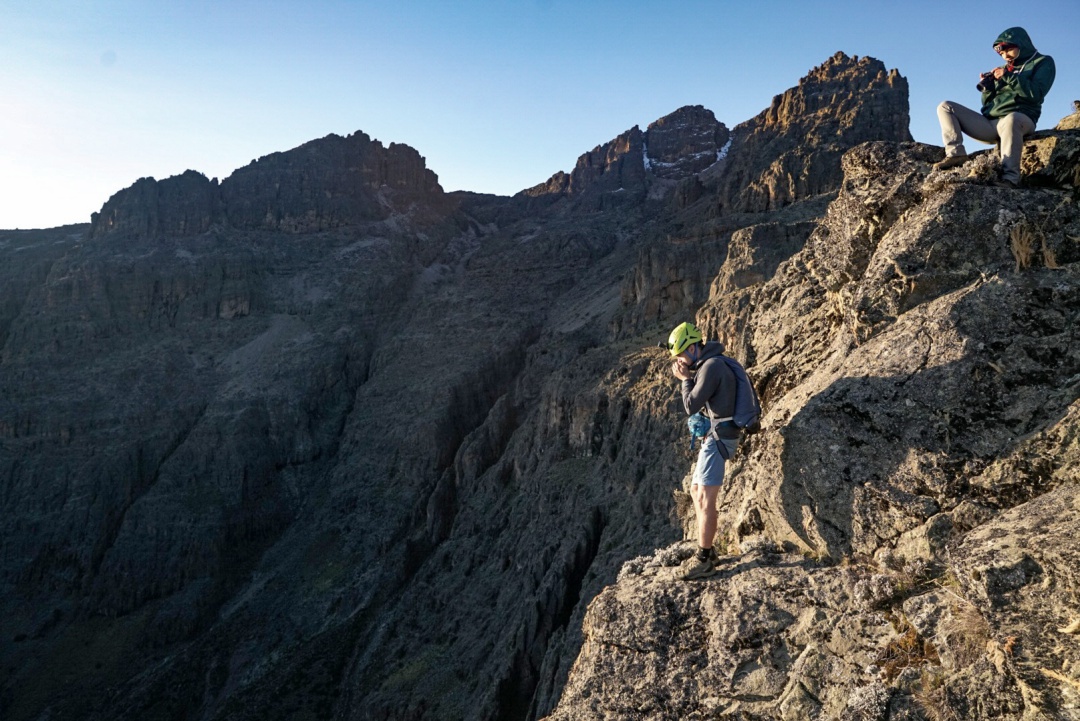 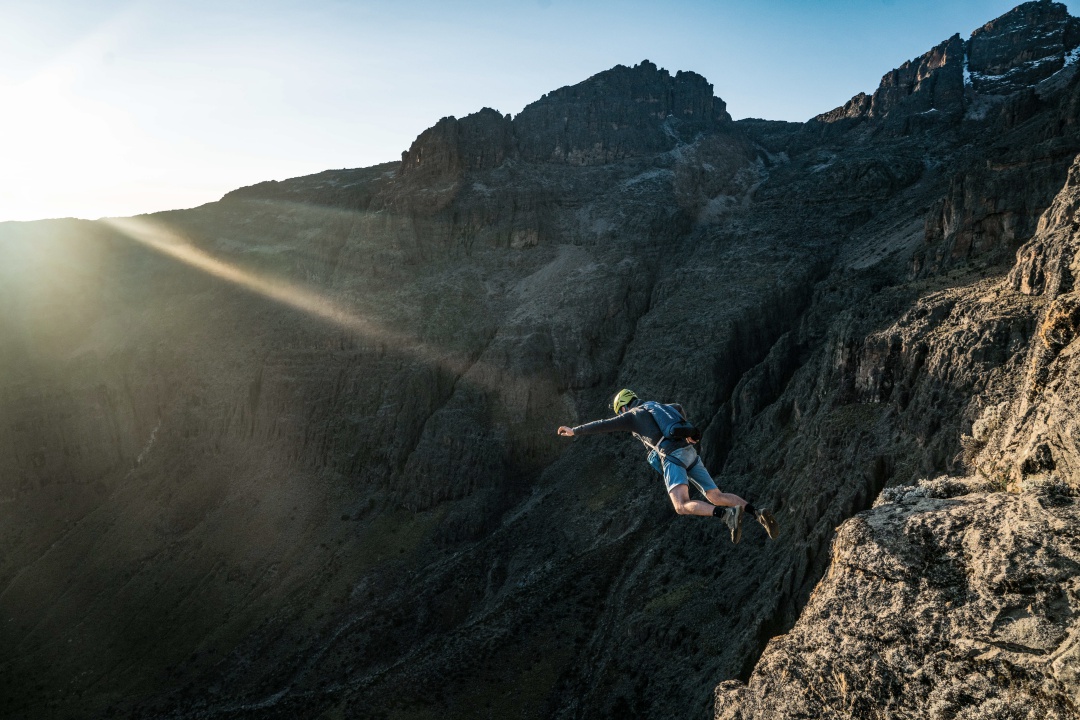 Tim launching into a shaft of sunlight and the void below 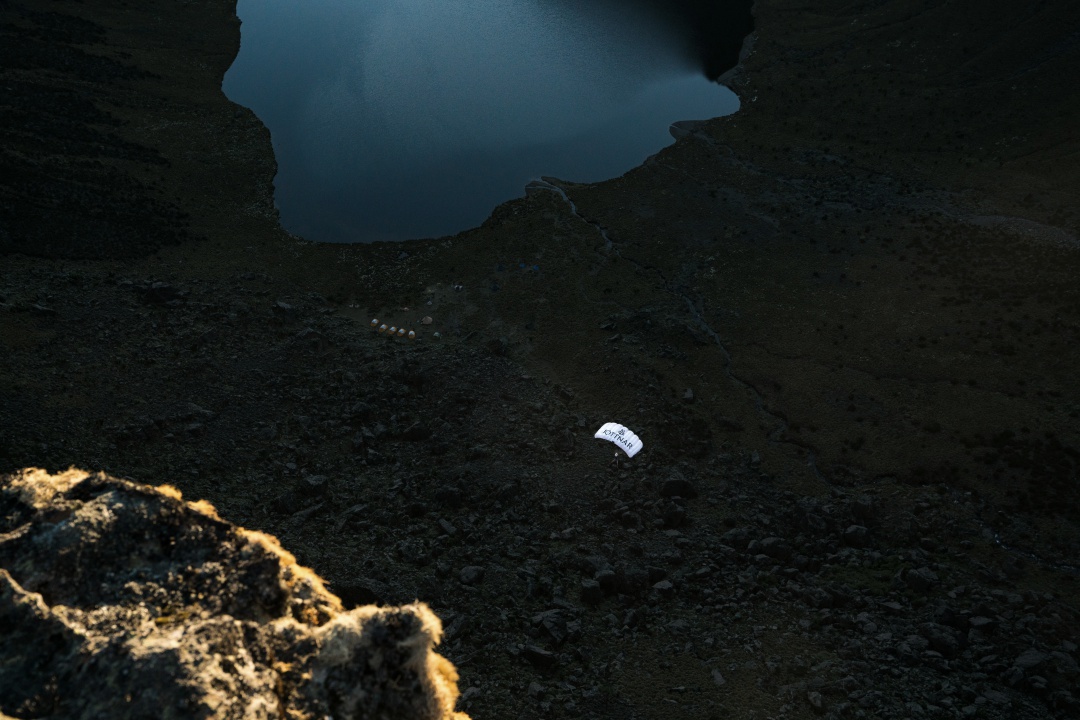 I landed on the shores of the lake. A few guides came out of their communal tent to greet me, offering a hot drink I could not refuse. Entering the 10-man tent a wall of heat instantly hit me. It reminded me of Arctic warfare training from my days in the Royal Marines; the morale of entering a 10-man tent after 12 hours of ski touring in a blizzard. A guide pointed me in the right direction to gain the ridge line back to the descent route. This is where I would meet Ewa and Jack. I saw them in the distance. Though not able to hear or see me, I ran up behind them and was welcomed by the biggest smile from Ewa and congratulations from Jack. Anderson continued along the path without a comment, but at least now he understood why I wanted to see the cliffs so badly.

Tim Howell is a member of the Jöttnar Pro Team. His specialism is technical alpinism, usually followed by a BASE jump descent. Read more about Tim here.