Seventy-five years have passed since the noise of gunfire and artillery echoed off the granite walls of the Mont Blanc Massif. This was a little-known battle of World War Two, fought at its highest altitude, and is a remarkable story of endurance and courage.

Chamonix was an important frontier post for the Germans and was under occupation until August 1944. The ridges of the Mont Blanc Massif had become a front line in the ongoing war. The Mont Blanc Battalion of the Resistance comprised French volunteer fighters and aspirant guides, stationed at the Abri Simond hut on the Col du Midi. Eight to ten men, all experienced skiers and climbers, would patrol the Vallée Blanche over ten-day rotations. The reconnaissance patrols these men conducted are now popular alpine climbs and ski tours in the winter: from the Col du Midi to the Torino Hut, Col de Toule, Mont Blanc du Tacul and the Rochefort Arête. Further defensive positions were established at the Requin hut and Montenvers, where machine gun positions were set up on either side of the Mer de Glace. Their advanced post at the Torino refuge, at an altitude of 3,365m, enabled the Resistance to observe far into the German-occupied Aosta valley.

On 2nd October 1944, the Germans took full advantage of a snowstorm to surprise the French troops stationed at the Torino hut. Their approach up the Toula glacier would have been far from easy. A short battle ensued at the Torino refuge and several members of the French resistance were killed. This was a sorrowful event in the history of mountain guides. Guides fighting guides, who in other circumstance, would be partners. The hut was mostly destroyed through grenades and machine gun fire, but the Germans now had full control of the Italian border that ran along the Mont Blanc Massif. 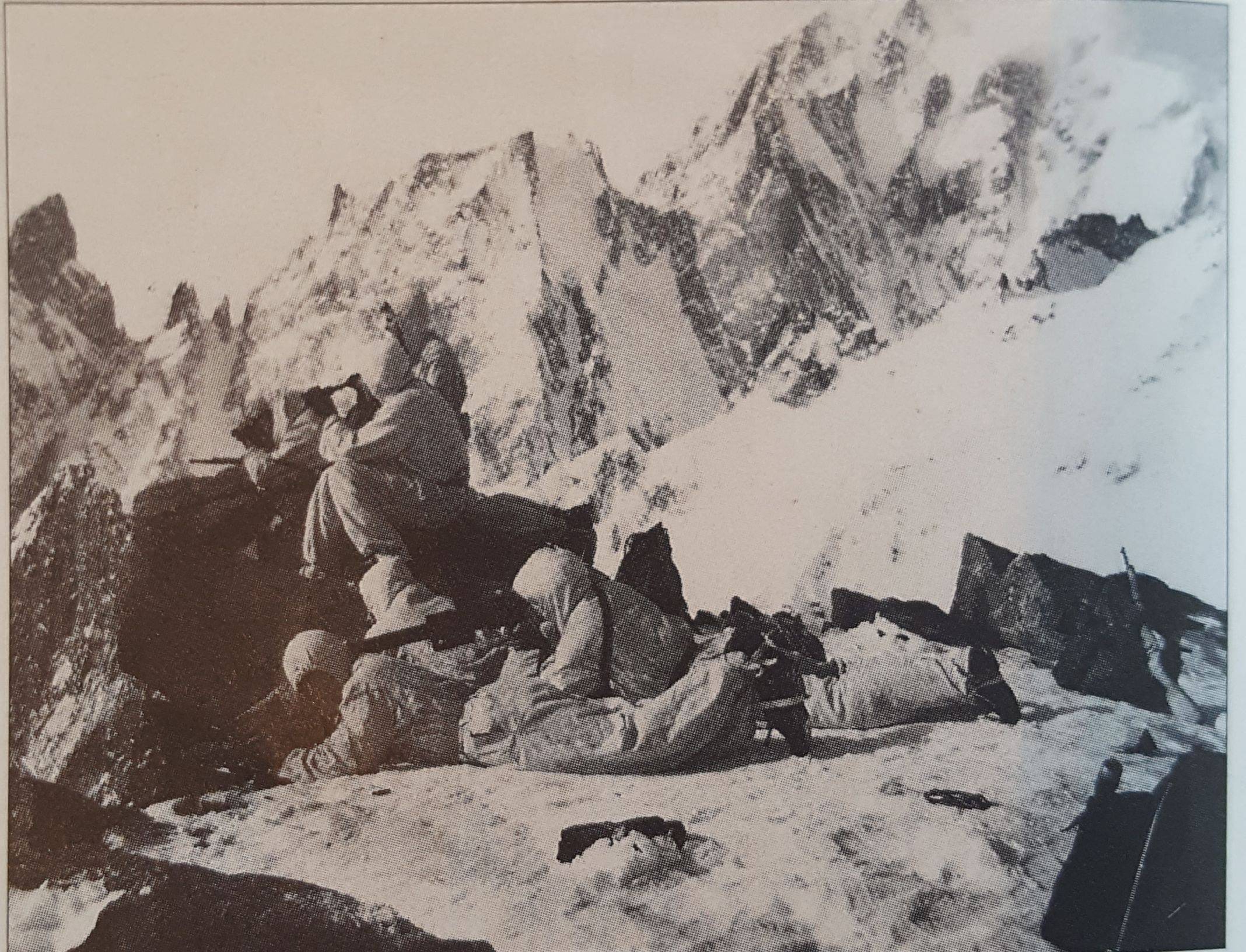 The Geant basin and Vallée Blanche now became a 4km no-man’s-land and the two sides continued to watch each other over the winter of 1944-45.

On 16th February 1945, French reconnaissance patrols at the Col D’Entrèves observed German supplies being moved up the Toula Glacier to the Torino hut. Fearing an imminent attack, they returned to the Col du Midi to call for reinforcements from Chamonix. 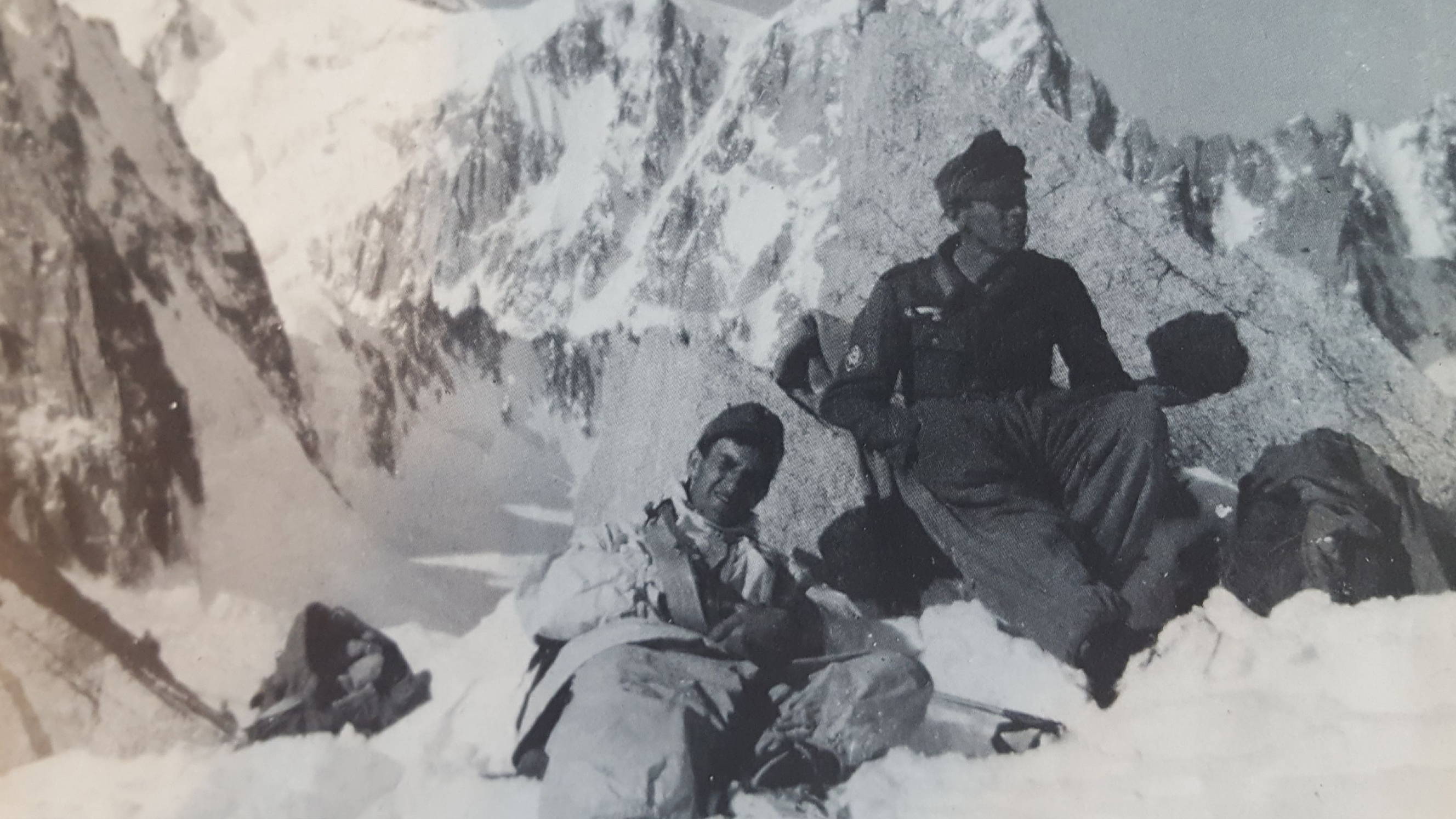 OP at the Col du Entreves. 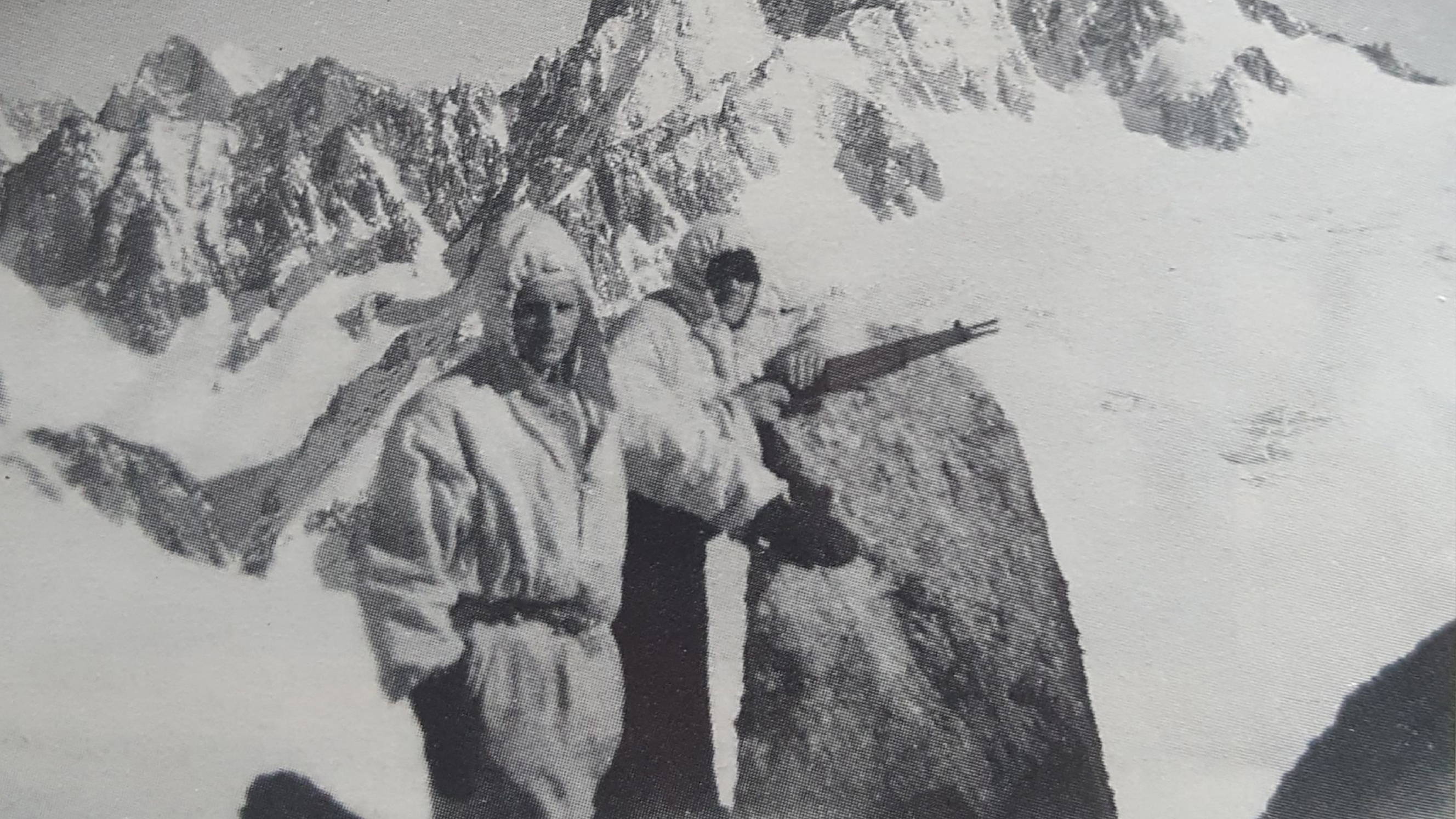 Large crevasses cut across the glaciers of the Vallée Blanche and knowing this, the French did not expect an attack until at least first light. Yet, at 03:30 a flare was seen, illuminating the mountains, above the Gros Rognon. Little did the French know that their lives had just been saved by three British officers. They were making their way from Montenvers, up the Geant icefall and on to Italy. Whilst crossing the Vallée Blanche under the cover of darkness, the British stumbled upon the advancing Germans. To warn the French of this imminent threat, they fired off a flare, which resulted in their capture.

Within the hour, the French were at the base of Pointe Lachenal, ready to confront their enemy. Gunfire echoed off the seracs high above them on Mont Blanc du Tacul but shortly after engaging the Germans, the command to retreat back to the Col du Midi until dawn was given. Amidst the confusion and the gunfire, however, the order did not reach Sergeant Jacquet and his group of three men. 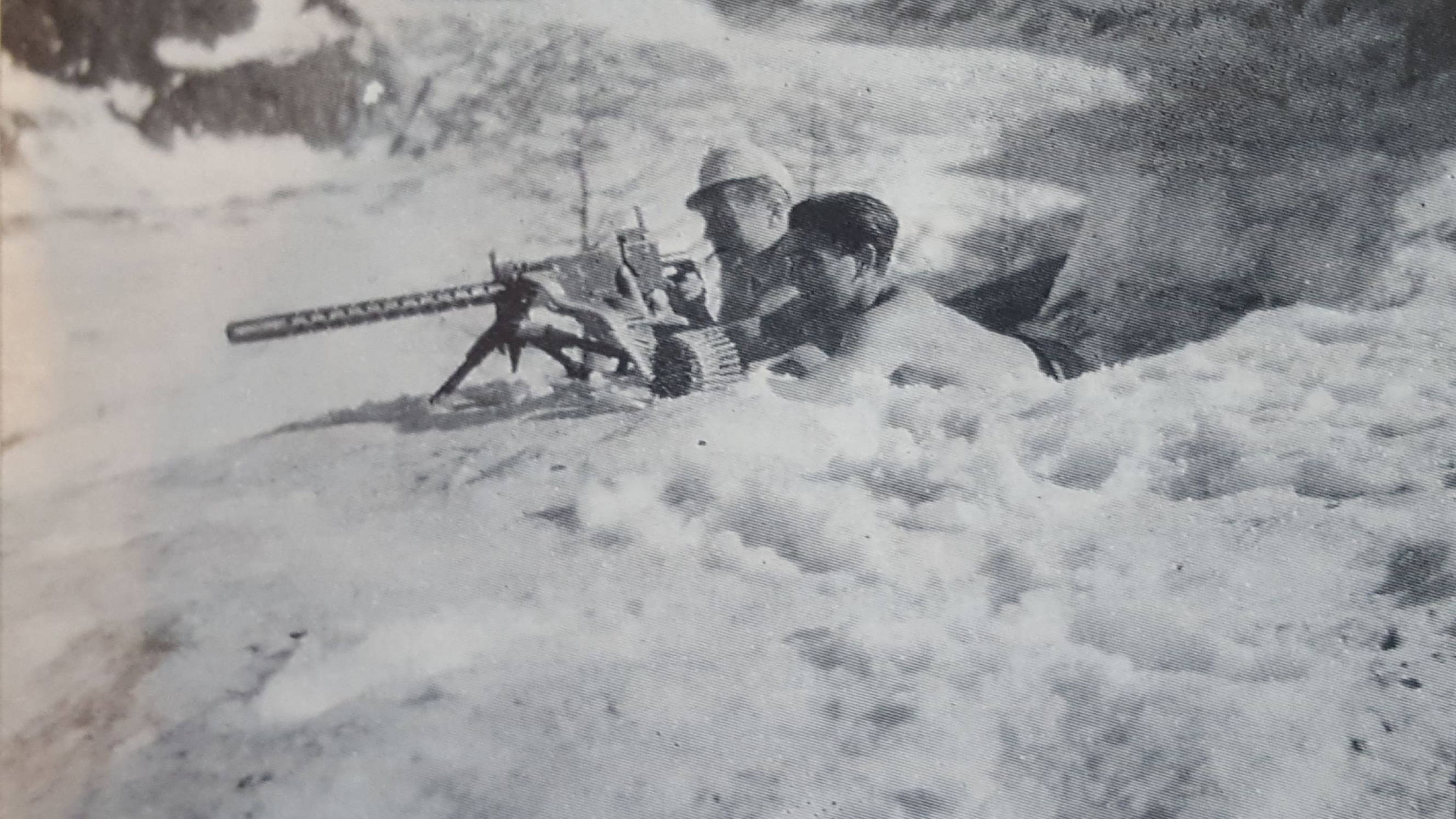 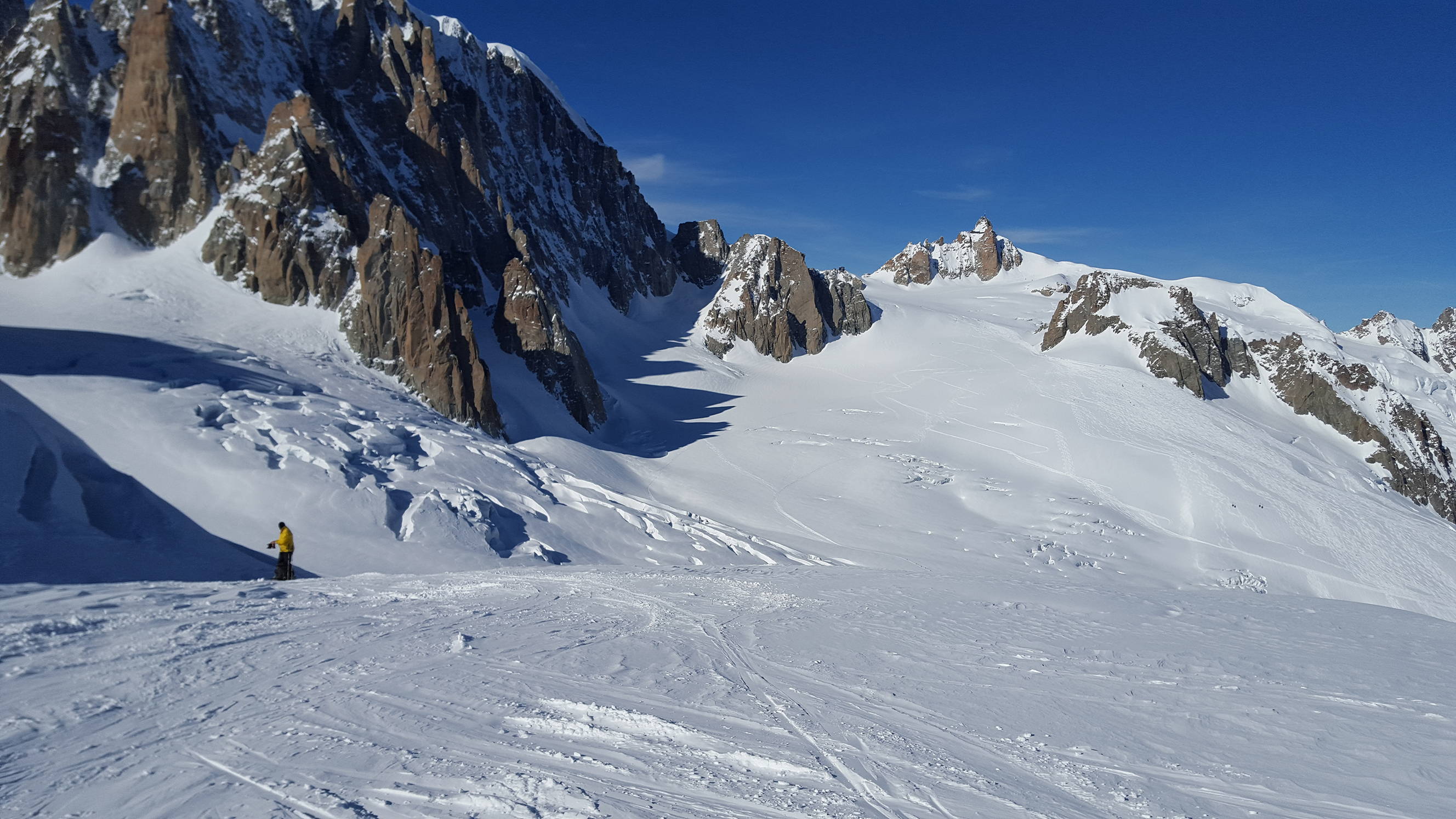 Sergeant Jacquet and his men climbed up onto the North-East ridge of Pointe Lachenal to seek shelter until first light. From his position, he had the perfect view down onto the enemy. With the element of surprise, they unleashed a burst of machine gun fire, killing the German commander. Uncertain what to do next, the Germans posed as sitting ducks. Sergeant Jacquet’s group opened fire with every weapon they had. With no cover on the Vallée Blanche to shelter from the barrage of bullets, the Germans tried to flee, but with little success. Their skins, still attached to their skis, proved to be deadly in their retreat downhill.

"Gunfire echoed off the seracs high above

them on Mont Blanc du Tacul."

To permanently remove the Germans from the Massif was to deny them access to the mountains all together. This would involve destroying the Mont Fréty cable car. 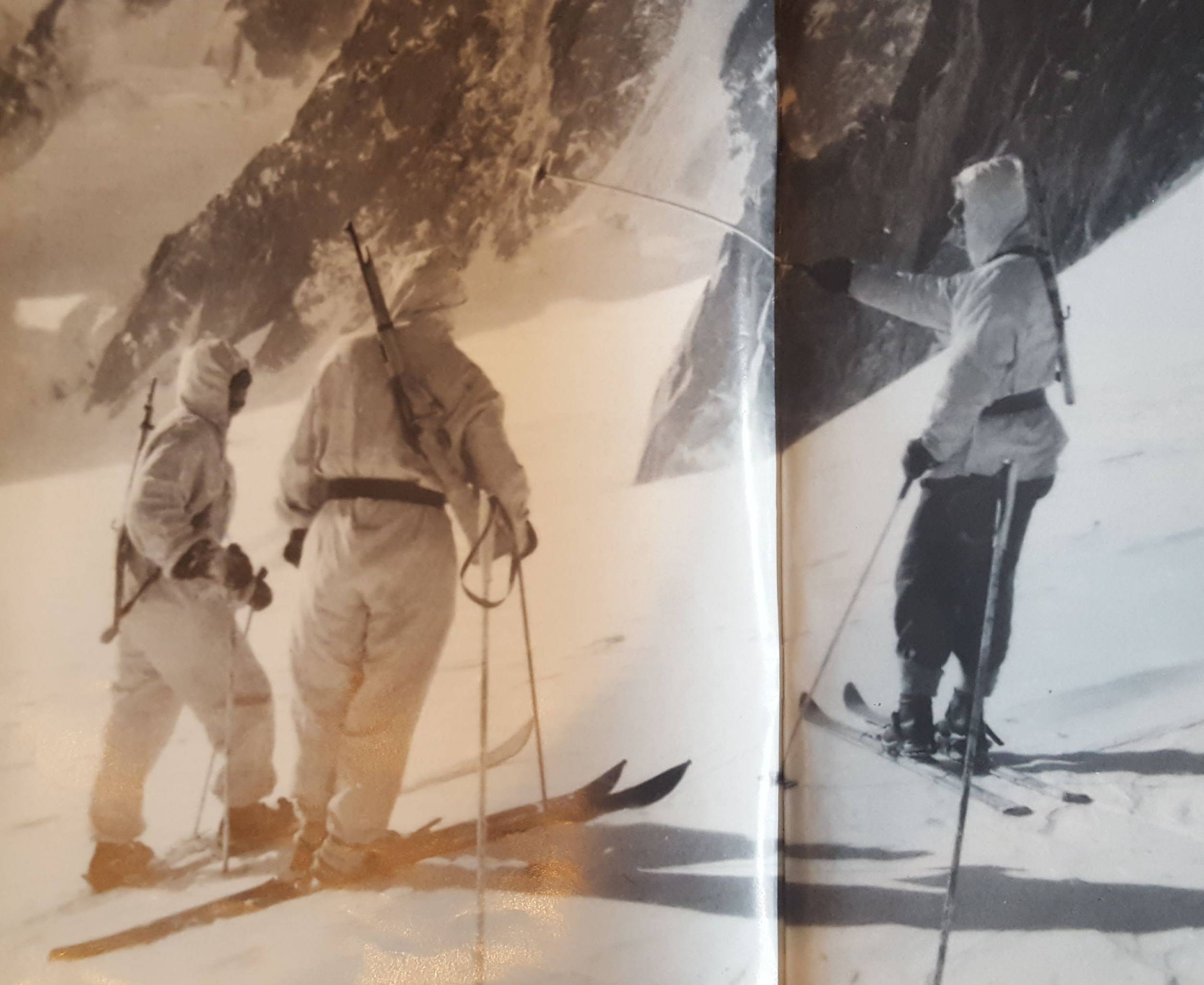 Soldiers at the base of Pointe Lachenal. 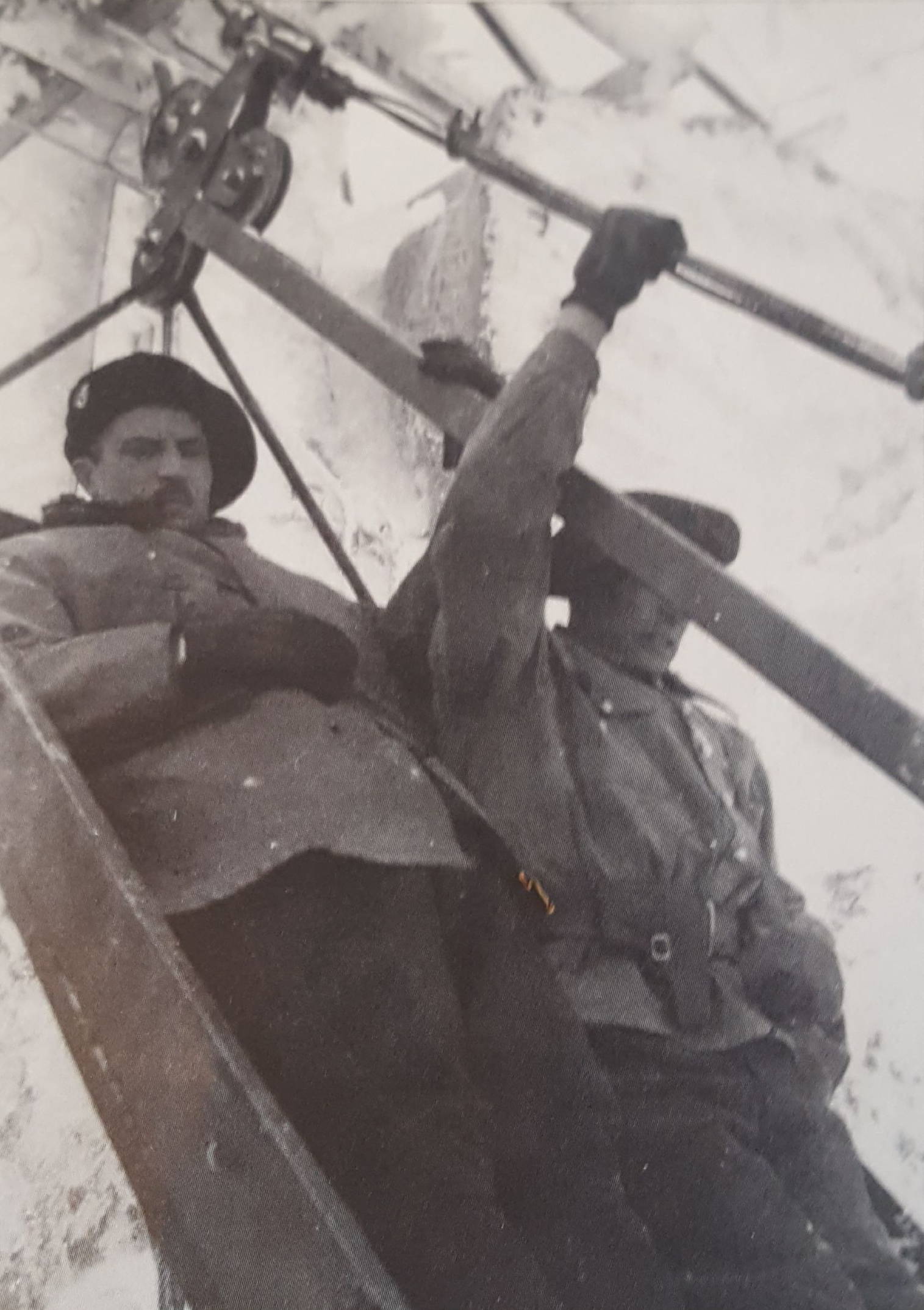 The calculations were made and the trajectory of the shells would just scrape the crest of the ridge between the Aiguille du Grand Flambeau and the Tour Ronde. A spotter plane was used to help identify the shells’ landing locations and by the fifth burst of shells, the Mont Fréty cable car had been hit and destroyed.

The gunners roared with celebration. They had achieved one of the most elaborate and difficult operations of the war, whilst living in harsh Alpine winter conditions at high altitude and under constant bombardment by the enemy artillery. With the cable car destroyed, the Resistance had won. German forces no longer had access to the Mont Blanc Massif. The summit of Mont Blanc was still in the hands of the Chamoniards, with thanks to the courage and determination of the guides, resistance fighters and the artillery regiment. 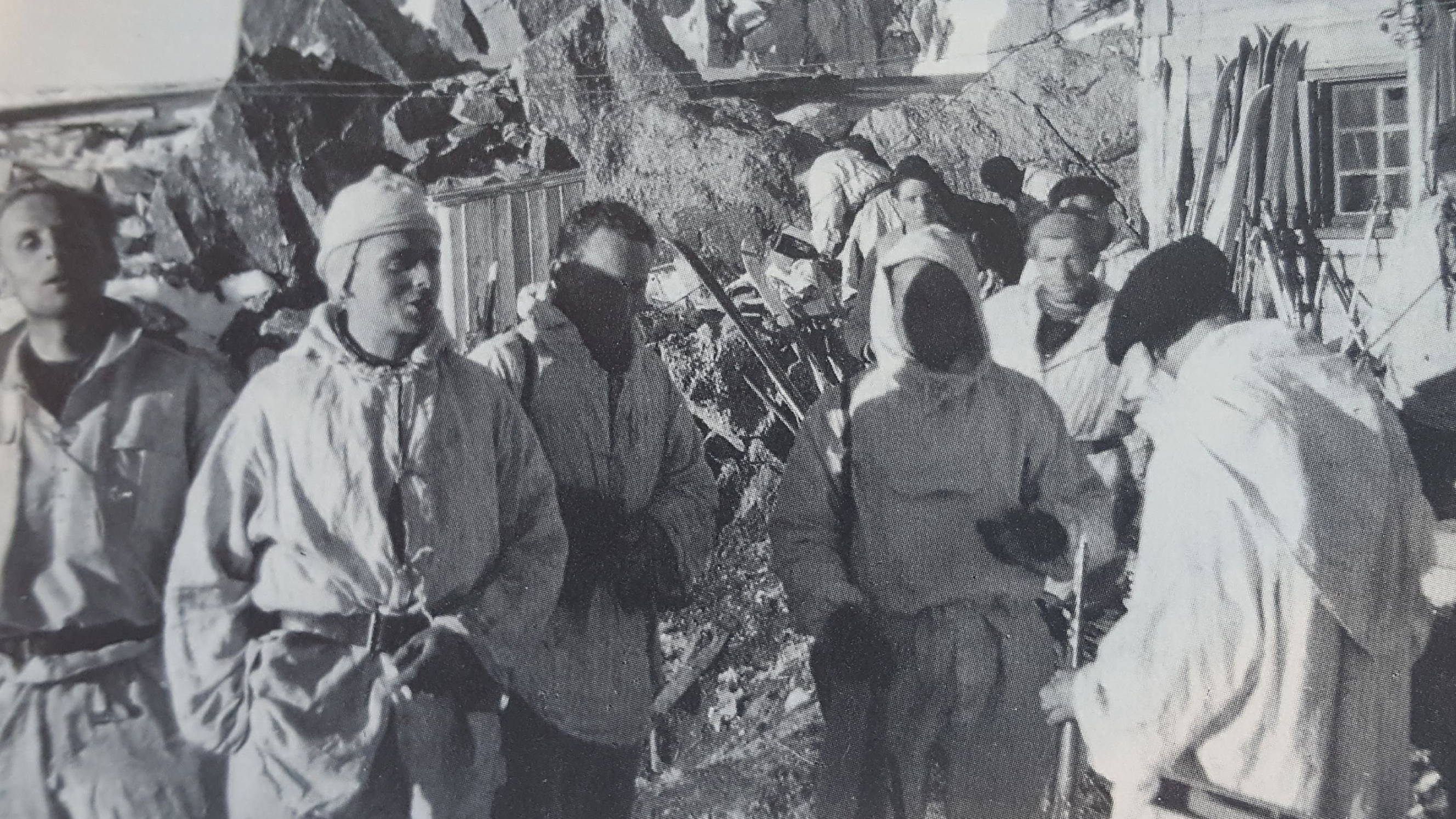 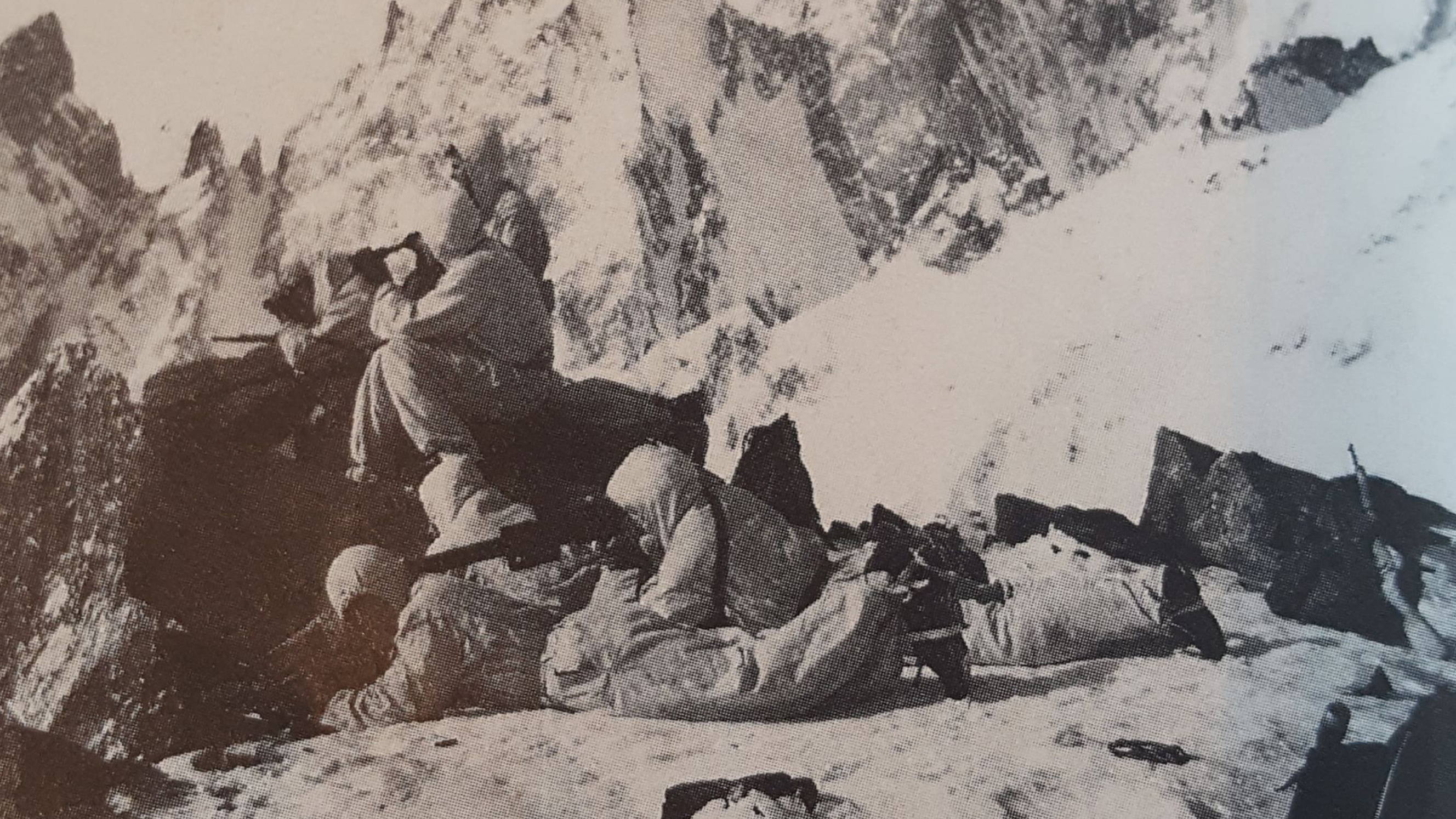 Based on the original article by Sue Harper, published in Summit Magazine in 1995.