I drove into Chamonix past the familiar roundabout at its entrance. Two tired-looking alpinists trudged along the path, kitted up and clearly just back down into the valley at the end of some adventure. I secretly wished I was them: a safely accomplished objective; worn out but content.

When they recharge with a burger in their stomachs they’ll revel in what they’ve just achieved. But for now they walked slumped, tired and hungry with a heavy pack digging into their shoulders. In 48 hours I would still be on the mountain wishing I was back down in the valley.

We traversed the glacier and up the familiar faint path around the north face of the Dru. Already in situ at our preferred bivi spot were two English guides, hunkering down for the night. The next morning we stayed a pitch behind them until the first hurdle; the dark chimney, choked up with snow and ice. The topo suggested we would have to take our packs off, although this wasn’t the only occasion we would.

The granite kept on coming, pitch after pitch, only one or two being memorable. The rest was just a blur of endless rock. The quality of the climbing just wasn’t satisfying though. Maybe it was the style of climbing; thrutching became the word of the day. Maybe it was our weakened resolve. Laborious grunting up offwidths, chimneys and cracks. Shoving my hands into wet fractures, no careful placements of hands and feet, just cramming in our bloodied appendages. Quartz crystals made fine slices into my palm and the ligaments in the back of my left hand now feeling the strain after pulling thousands of metres of rope while on a continuous lead. 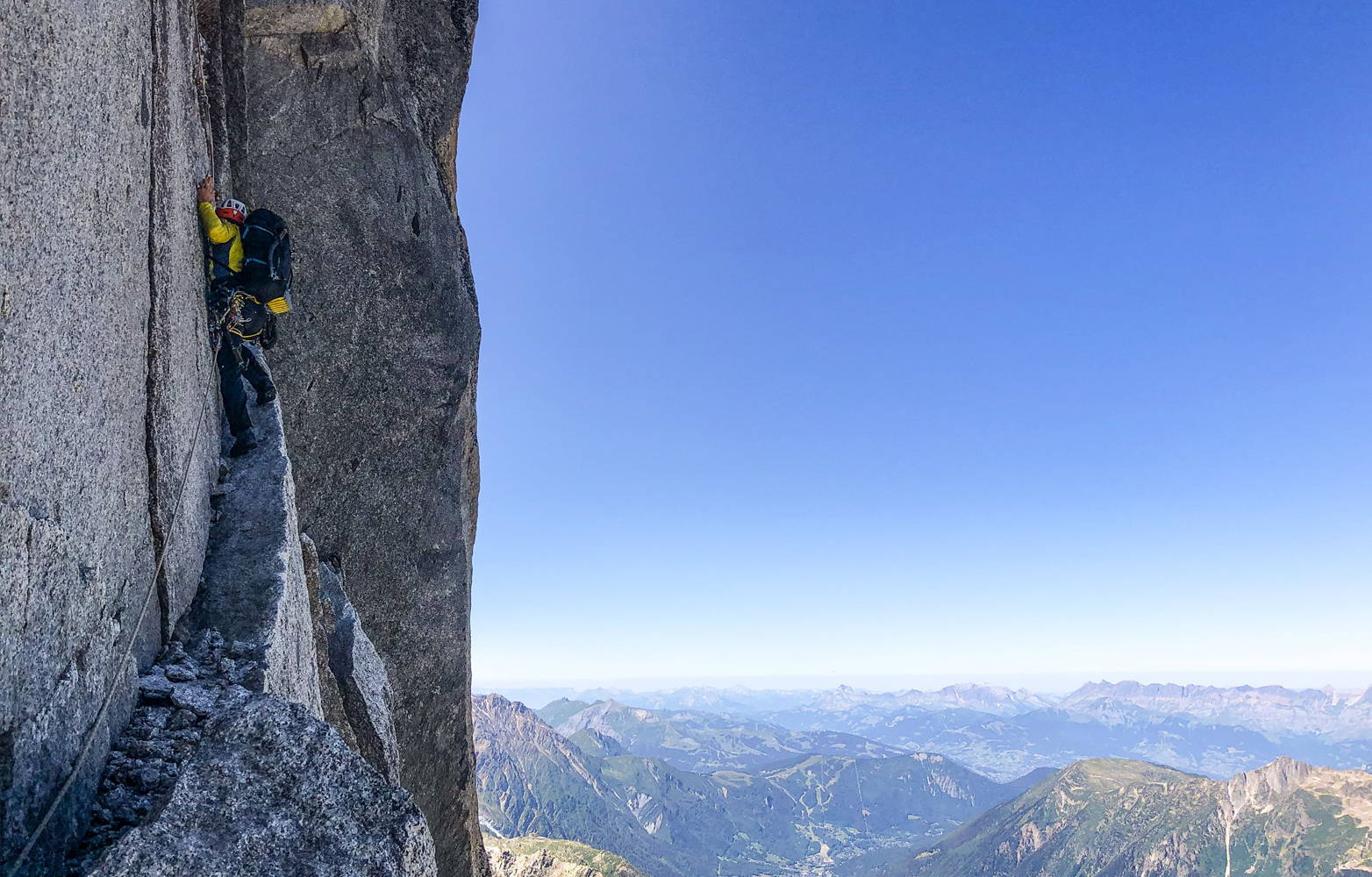 The Aiguille du Dru is located in the Mont Blanc massif in the French Alps. It comprises two summits: the Grand Dru and the Petit Dru.  The north face of the Petit Dru, first climbed in 1935 by P Allain and R Leininger, is considered one of the six great north faces of the Alps.
Doubts are what stripped us of our time. Debating the route, debating whether we should continue. It's what wore down our morale and caused mental fatigue. The weather was coming from over the Chablais Alps and soon would be on top of us. I had climbed many walls with Dave and he was always a mentally stronger climber, but he had been away from the sharp end for a long time. As the clag came in and the pitches became harder, Dave’s morale deteriorated. I could tell this mental block had really affected him when he said he needed a cigarette. The last time he said this was a few years ago when on a patrol in Afghanistan, after narrowly missing an IED blast.
We decided to bivvy early at one of the most exposed and beautiful spots on the mountain, although the view would not last long as the clouds closed in around us.
Setting off at dawn the next morning, a red sling stuck in a crack was visible 20m above us. I climbed up to it, only to discover that it was abseil tat from a cul-d-sac pitch. Down-climbing, more time wasting, more mental blocks, more mental fatigue. 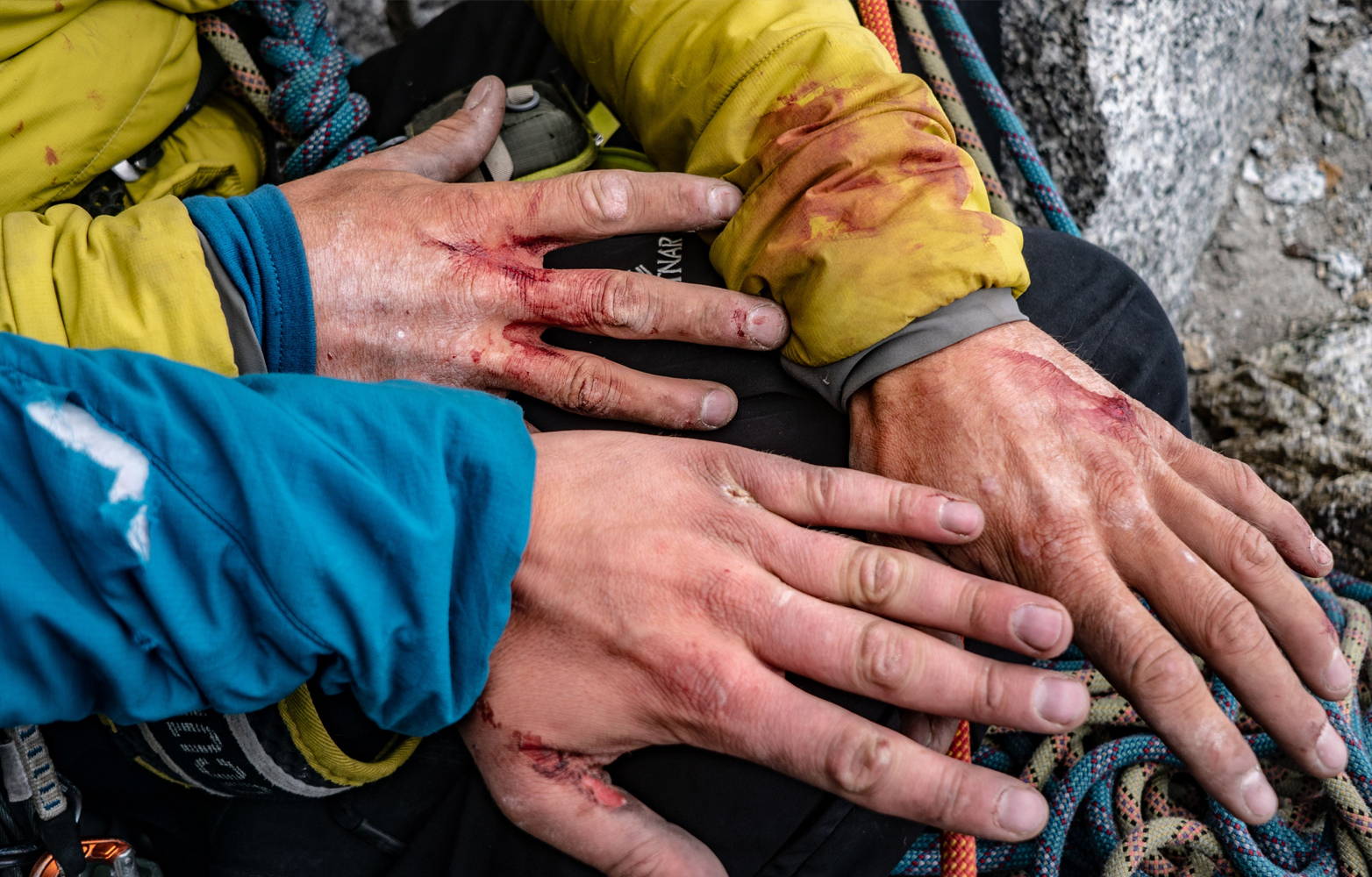 We finally reached the gap to the south side, the Venturi effect causing the wind to howl through the quartz hole. I questioned whether we should even crawl through the portal to the south side. North face climbing adds a lot to the sense of seriousness of a route. The dark, cold steepness - completely at odds with the warm, bright sun-soaked faces of the south side. Soon the storm was on top of us, my old bivi bag leaking as I lay on a floor of slushy hail. Between the flash-bang of the storm and my dripping sleeping bag, sleep was not an option that night.
The next morning we navigated the summit traverse, finding it hard to route-find in the imposing dense cloud. Summits are often very anticlimactic. The climb is far from over, and full concentration and skills are needed to get back down safely. Only when back at the car is there a sense of relief and contentment. I could hear a humming in the air as I belayed Dave up to the summit stance. The metal of our racks buzzed in the electrically charged air as the thunder and lightning grew closer. We didn’t linger on the summit, instead pressing on with a sense of urgency to find our descent route. 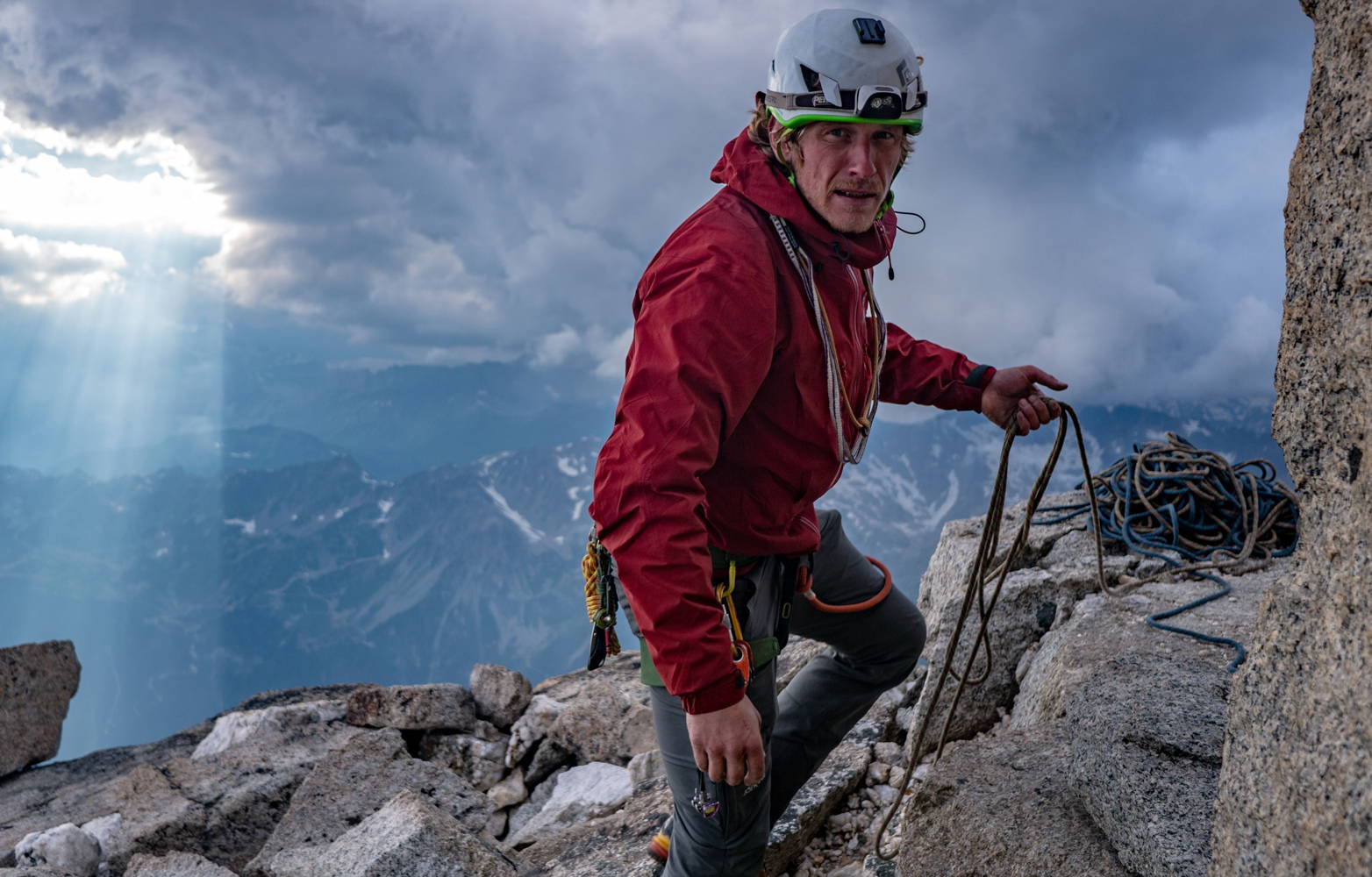 Tim Howell is a member of the Jöttnar Pro Team. Learn more about him here.